With the purchase of a nice new HD TV, many buyers find that they are decidedly underwhelmed by the sound output from the onboard speakers. As screen technologies have advanced to provide people with picture quality that just keeps getting better, the idea of better onboard sound has received little to no attention. Further, as the TVs have gotten thinner and more compact for their screen sizes, the amount of room for onboard speakers has decreased and, as a result, many newer models actually have smaller speakers than their counterparts from five years ago.

This creates an experience that does not match, and for many, the only answer is to buy a sound system that will enhance the audio quality for their home viewing centre. In the search for better home audio, you are going to come across a vast array of choices, but a common point that many will consider is whether they want a system that delivers true 5.1 surround sound or if they want to get a soundbar that has virtual surround instead.

While there are plenty of points to consider when choosing between true surround sound and a soundbar, the question of whether the virtual systems can deliver a good surround experience might be something to think about.

First, we should talk about how a virtual surround sound creates this effect. When you have a soundbar with virtual surround, the speakers are all in front of you, but the system uses certain tricks to make it seem as though sound is coming from every direction. Different manufacturers use different technologies to provide virtual surround, but they all work on the same principles.

A virtual surround system works off an algorithm that decodes the 5.1-channel source and processes it for the speakers of the system. It then uses different sound modulation techniques and channels the sound in different directions to create the effect. The way that the sound bounces off the walls and comes to the listener, will give the brain the impression that it is coming from a direction other than the speaker system.

The hitch is that these algorithms and processing technologies are usually designed for rooms of certain shapes and sizes. For the most part, virtual surround is going to work better in rooms that more square and the effect tends to dissipate in rooms that are very large and open. Additionally, the effect usually works best when the viewers are sitting with their backs near a wall that is opposite the sound system.

The above points are true of most sound systems that use a virtual surround, but there are some exceptions. Systems with subwoofers are generally going to add to the effect, plus the size and quality of the drivers in the soundbar can make a difference. Additionally, there are some systems at the higher end of the market that do have some tuning features for the virtual surround.

With a well designed virtual surround, under the right conditions it can come pretty close to replicating the effect of a 5.1-channel system. That said, you are almost always going to find that a true surround provides the most theatre-like experience. The sound for most movies and TV shows are encoded in 5.1 surround sound, so a system (like the Samsung one shown above) that has the ability to faithfully decode and play the audio the way that it was intended will always perform better. 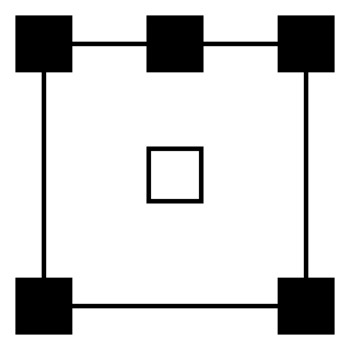 One point to consider with 5.1-channel systems is the way in which they are connected to the TV. With many TVs, they automatically convert the 5.1-channel sound to stereo so that it can match the onboard speakers of the TV. If your surround system is connected through optical audio or the old L/R analog jacks, then it might not pass the 5.1-channel audio on to the system, and as a result, you are still only getting the 2-channel sound from the speakers. To fix this, you may want to connect your audio sources directly to the surround system. Some newer TVs can recognise that they are connected to an external system or have a setting that can be adjusted, but this might be a point to consider.

The choice between a soundbar and a full surround sound system is one that many buyers will encounter, and this question of virtual surround is just one of the points to consider. For many, it may be a matter of price or it could be about factors like the ease of installation and the desire to eliminate the mess of wires that can come with having a surround. A full surround sound system is not going to practical for every home and for many, surround might not even be an issue; the individual might just want better sound for watching TV.